I’m starting a new book in a new series, The Iron Fey. Why? I don’t know, because I like killing myself slowly. Just kidding. I do have a lot of other series’ I need to read/finish but oh well.

I bought The Iron King (The Iron Fey #1) by Julie Kagawa back in the beginning of November, so it hasn’t been on the shelf long, but my friend read it and loved it so now its my turn to judge.

A QUOTE (one complete sentence) that stood out to me on page 34 is,

‘You mustn’t take revenge, no matter how you feel about the girl. Especially now. There are more worrisome things on the move.’

WOULD I want to live in this world? Why or why not?

So, I’m still not very sure what the setting is entirely. Right now I know we are in a rural area. Meghan’s family lives on a farm, a pig farm more specifically. I don’t know what state, country, or continent though. I may of overlooked that or it may never of been specified. I have no idea. I tried to google and ending up spoiling a huge part of the story line for myself.

Anyway, I wouldn’t mind living on a pig farm. I actually love pigs. They make good bacon, too.

I’m going to do this WAYRW a little different than usual. I finished Cinder and And I Darken yesterday and I haven’t had the opportunity to start a new book yet. I don’t have a favorite quote from page 34 and I have no idea what land I’m even about to read about.

I REALLY need to read the books I bought a long time ago before I read the new ones I am looking forward to, so I’m mixing a little of both to save myself from misery. I picked a random book from my TBR shelf that has been sitting there for probably ten years called Princess Ben. For newly purchased books I picked Scarlet, the next book in the Lunar Chronicles.

I don’t know how Princess Ben is going to go. I honestly haven’t even read the synopsis since I bought the book. I’m SUPER EXCITED for Scarlet though. I loved Cinder and I read in reviews from others that the series only gets better and better from here.

I’m going to pull a little TBR Tuesday into the mix and open up some discussion on this post, hopefully!

Have you read Princess Ben?

Did you enjoy it?

Should I try reading it or is it a dust collector/resell?

I WANT TO KNOW EVERYTHING ABOUT SCARLET.

Did you love/hate it?

Without spoiling anything, what should I look forward to the most?

I’ve had IT in my currently reading section on Goodreads for over a month now. I had it for two weeks, but my library makes you return ebooks then put them back on hold. You can’t extend the loan past your two weeks like you could if you got a paper copy. I probably still won’t finish it in this go round. I imagine I will have to put it back on hold for a third go round.

Although, it did just start getting really interesting. I’m almost on page 300 and I’m finding that Pennywise (they haven’t given us his name in the book yet, you just know who Pennywise is) doesn’t always appear physically the same… like in the same form…. Hmmm…

Also, I’ve never seen the movies. The old or the new. So, I’m going into this book completely blind and living off of movie trailers and everyone else’s fear.

A quote that stood out to me on page 34 because it’s showing the beginning of everything starting up again but no one knows where to put the blame, so anything can be used against you to put you to blame,

Webby went, straightening his shirt with exaggerated moves and brushing the hair out of his eyes. Machen, who also gave a statement on the morning following Adrian Mellon’s death, said: The last thing I heard him say as him and his buddies walked off was, “Next time I see him he’s going to be in serious hurt.”

Okay, Okay, Okay I know y’all are tired of me reading the A Court of Thorns and Roses Series. But I’m still reading A Court of Wings and Ruin and I haven’t done a WAYRW over it yet. I’m almost done guys. Until next year anyway, before A Court of Frost and Starlight comes out. Then we’ll probably have round three. But for now I’m almost done.

A quote that stood out to me on page 34 is because it kind of foreshadows the spoiler down below,

“Whatever you’re planning, it’ll land us knee-deep in shit.”

“I’m not planning anything.” I plucked up a fallen pink blossom and twirled it between my thumb and forefinger.

“What do you even see with that thing?”

*SPOILER* This is before we know that Lucien’s eye can actually see through glamours and such. Which Feyre had a glamour on her tattoo that depicted her as High Lady of the Night Court. So, did Lucien know all along? It doesn’t say outright, but one could assume he had his suspicions.

Would I want to live in Velaris aka The City of Starlight aka The Court of Dreams? Yes. Duh. Who wouldn’t?

Would I want to live in the Hewn City aka The Court of Nightmares? Nah girl I’m good. That ain’t me.

Would I want to live in Prythian in general? I’d be down for, obviously, The Night Court, Day Court, Winter Court, or Summer Court. Not too sure about the rest. Definitely not Spring, Sorry Tam. Helion, Kallias, Tarquin, and Rhysand, especially Rhys, all sound like the kind of High Lords I wouldn’t mind ruling over me. Wink, Wink. Anyway.

There wasn’t really a quote that stood out to me on page 34, but I did find one that I thought was kind of comical,

What was so wrong about casually dating him when she felt like it, then taking her space when she wanted to be alone? Wasn’t that what every man wanted in a girl – someone independent, with no strings attached?

I think it’s definitely very interesting to read a love story from the point of view of someone who is very indifferent to love. I love the gender reversal aspect of this story from Jane Austen’s Pride and Prejudice. You can tell by this statement that Darcy really doesn’t care. She just wants nice and easy and care-free, where Carl wants more from her that she is not able to give him. Unfortunately for Carl, I don’t think he is long for this story. I’m only on page 50 so we shall see.

Would I want to live in Pemberley, Ohio? Nahhh, it’s not really my cup of tea. In Darcy’s world it is money and high class. I’m more middle class and freakishly poor due to college so I definitely wouldn’t fit in. 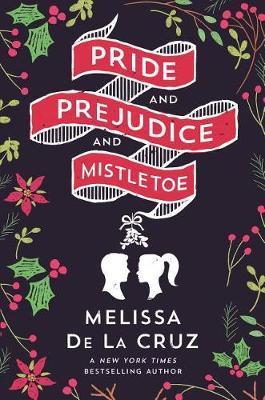 This week I’m reading Graceling by Kristin Cashore. I’m not as invested in this book as I thought I would be. Maybe I’m just succumbing to my Maas hangover after reading ACOMAF. Who knows?

A quote that really stood out to me on page 34 is,

Katsa sighed sharply, “I grant that you’re brave,” she said, “though you didn’t seem it at first.” She sprang to the table and struck him in the temple, just as she’d done with Murgon’s guards.

I think we definitely begin to learn about Katsa’s character here. We see her start to really deviate from her uncles orders and begin to grow into who she wants to be, not what he wants her to be.

Would I want to live in the seven kingdoms? Ehh, I don’t think so. Maybe Lienid if I HAD to choose.

This week I’m reading/trying to read three books, but I want to highlight my favorite of the three. Which is A Court of Mist and Fury (Affiliate Link) by Sarah J Maas. This is my second time reading this and it is my favorite book in the series!

A quote that really stood out to me on page 34 is,

I hated the bright dresses that had become my daily uniform, but didn’t have the heart to tell Tamlin – not when he’d bought so many, not when he looked so happy to see me wear them.

Would I want to live in Prythian? YES. Why? Uhh, because they can have more than one mate in their lifetime and HELLO RHYSAND. Just kidding, kind of, but it’s just really interesting. Obviously, if I wasn’t fae, I’d have to chill in the mortal realm and that wouldn’t be fun. I also wouldn’t want to live in Hybern. That’s quite alright with me. I’m thinking Velaris would make a wonderful home.